We’re building a boat in Turkey!

I find it difficult to believe that I have let an entire year go by without blogging. I have no excuse other than I have felt like being silent what with all the other noise in the world. I’ve decided it’s time to change that. New year, new blog.

For those of you who have read my book, KNIGHT’S CROSS, you will remember that the book begins with Riley and Cole going to Turkey from Rhodes to visit their new expedition powerboat that is under construction there. I wrote those words at anchor in the Majuro lagoon in the Marshall Islands having no idea that fast forward a few years and my husband Wayne and I would be doing the exact same thing. Talk about fact following fiction! We have been living in an apartment on the ninth floor in Antalya, Turkey for about a year now. We have a sliver-sized view of the sea in one direction and this view of snow-covered Taurus mountains across the city from our terrace. 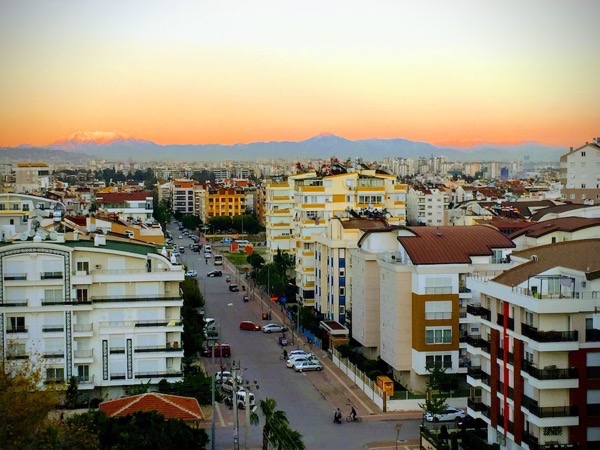 We have just applied for out second one year visa. We are working with Naval Yachts here in Turkey, and while they are doing most of the labor, Wayne goes to the boatyard every day and he is doing quite a lot of the work himself, from writing the technical specifications, to consulting with the crew, and lots of project management. The contract was signed and actual construction began back in April 2018 and we hope to launch in December of 2019. That’s a year and a half to build an aluminum expedition powerboat. We (mostly Wayne) are blogging about the construction of that vessel, aka the good ship MÖBIUS at the other blog MobiusWorld. 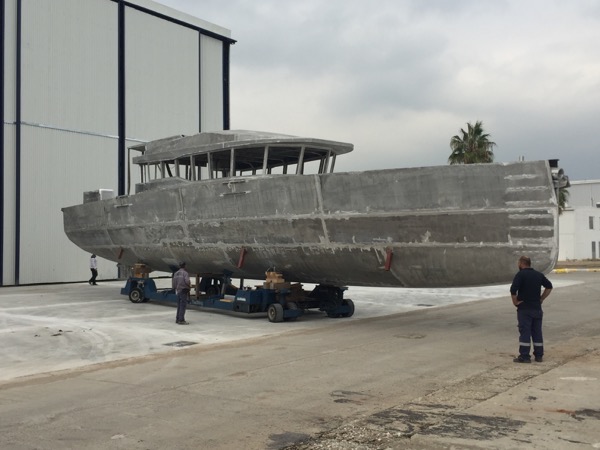 So this is what will one day be our new home. This big move from sailboats to a powerboat comes as a shock even to me. But after nearly 50 years of sailing, it feels right to take on a new challenge. Will I still be able to call this blog Sailingwriter? Sure! I can do whatever I want. Besides, when a cruise ship takes off, we say she has sailed. The guys in the navy are called sailors. You don’t need those white things to be a sailor. That’s my position and I’m sticking to it! 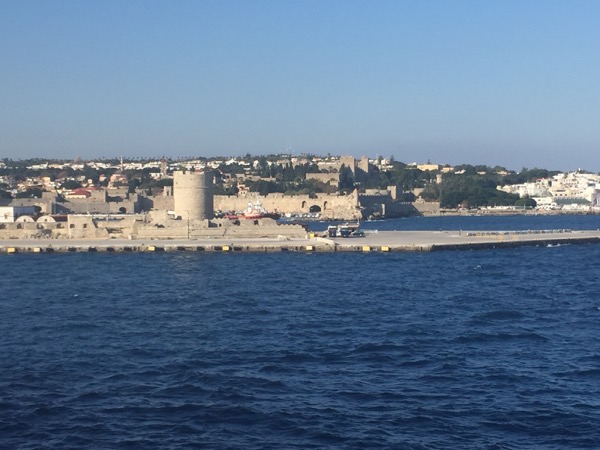 So we really did do just like Riley and Cole – Wayne and I arrived first in Rhodes on a ferryboat from Athens. We had an our trusty 1998 Hyundai Galloper 4×4 on board with us, and we were there to meet our friends, the Alonsos who were going to let us sail their new 50-foot Lagoon catamaran WICKED for a few months. Our first trip on the big cat was across to Fethiye, Turkey to clear in, but after hours of dealing with the officials, we discovered that they would not issue a visa to me as an American, and we had to leave at 8:00 at night. To make matters worse, a storm was coming, but we calculated that we could outrun the winds, and we headed off for the 150 mile sail to Cyprus. 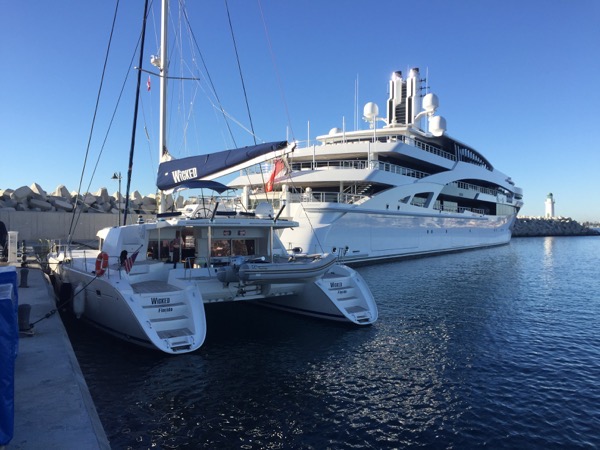 After three weeks in Limassol Marina and several bus trips north to the Turkish Republic of Northern Cyprus, I managed to get a 90-day visa. We had enjoyed our stay on Cyprus, and I know we both hope to go back. We met up with some sailing friends Wayne had first met in Fiji, and we drove around with a rental car for a couple of days. The late November, early December was stunningly gorgeous, although the nights were chilly on the boat. Finally, we took off for another overnight sail to our final destination of Antalya. We did have to go to the fuel dock, and we tied up next to this little guy. 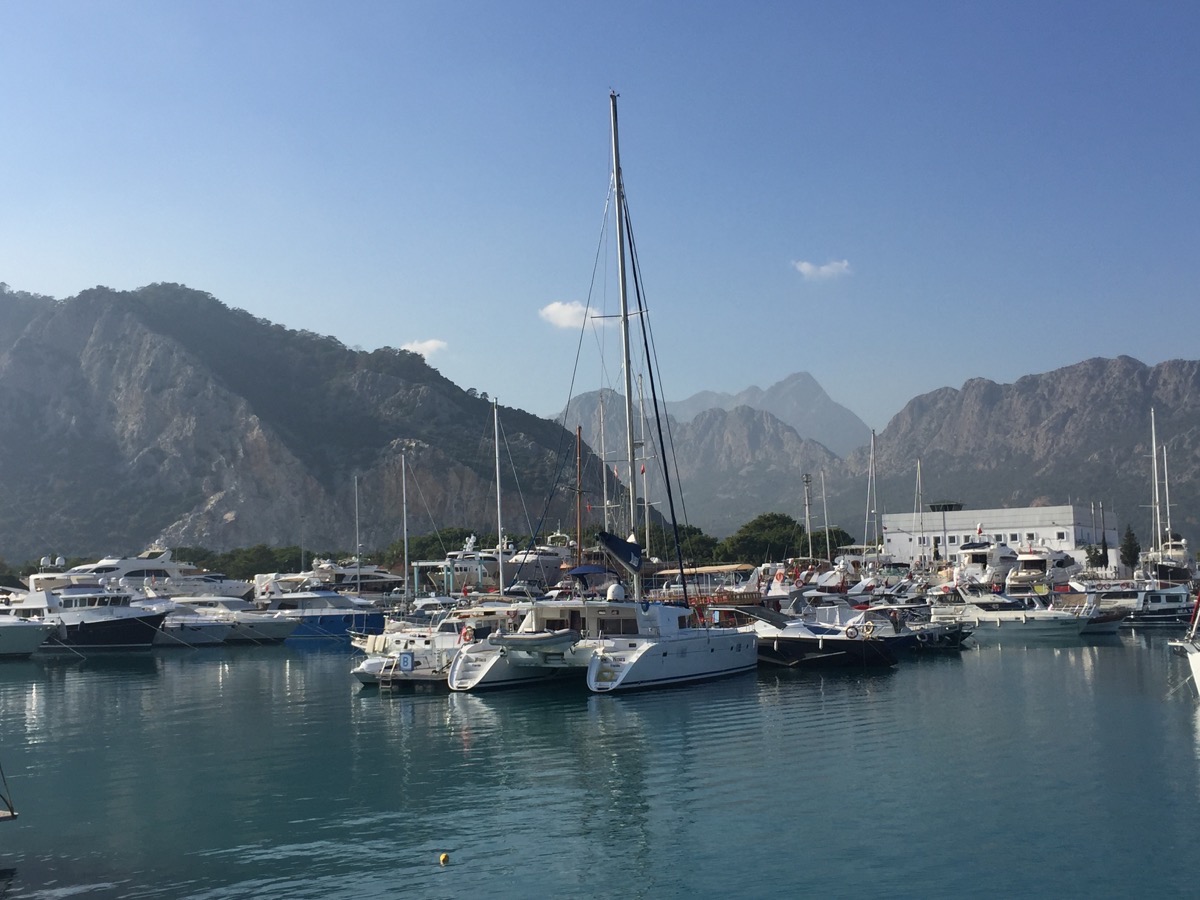 The two brothers who own Naval Yachts met us shortly after we arrived at the Setur Marina, and it was so wonderful to finally be in Turkey. The marina is on the western edge of the city and the views of the mountains are amazing. But on December 18th, we finally got our appointment for our interview for our one-year visas, and they weren’t until February. At that point, we decided to fly home to visit grandchildren for the holidays. But first, we had to sail WICKED back to Rhodes marina. We had a great time on board that cat, and in the course of just over a month, we put over 500 miles on her. So as you can see, even though we sold LEARNATIVITY, we are still taking every chance we can to get back on the water. Alas, for over a year now, we have been land bound, but there’s no better place to find oneself stuck on land than here in Turkey. I love the markets… 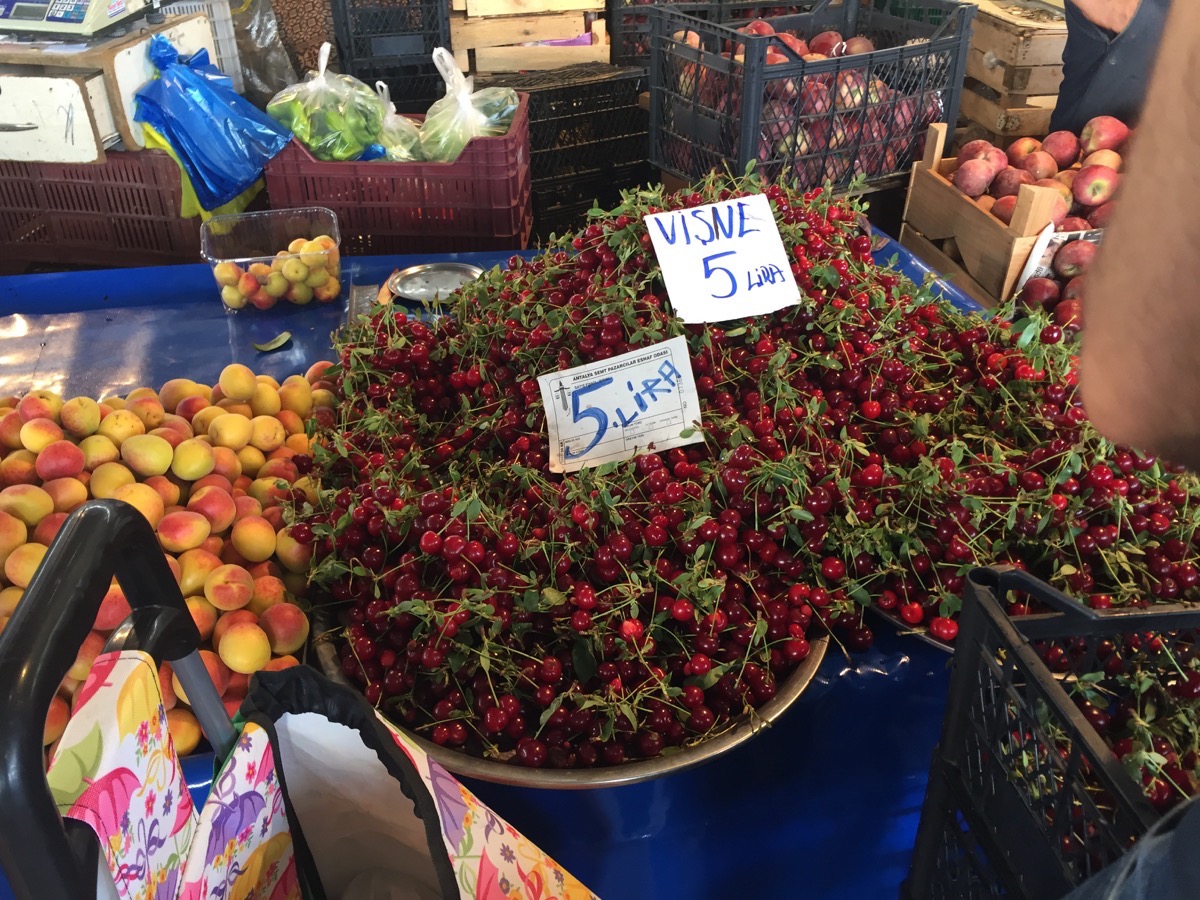 And the language (I’m studying Turkish!), and the people (these are our friends, Dinçer and Barış, the amazing young men who own and operate Naval Yachts) 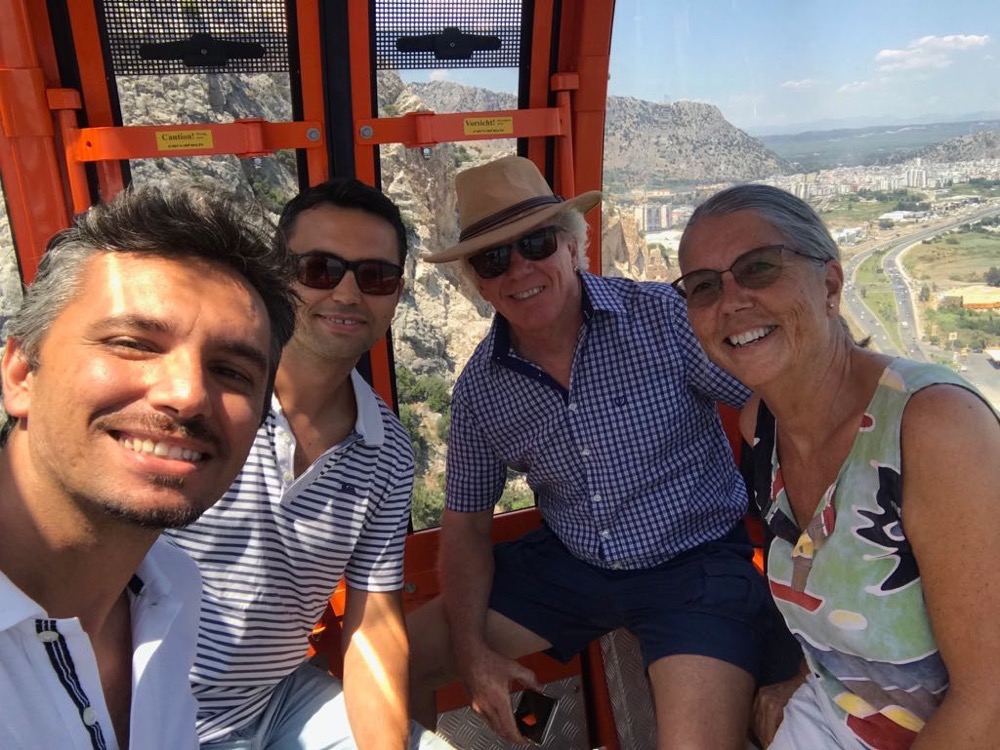 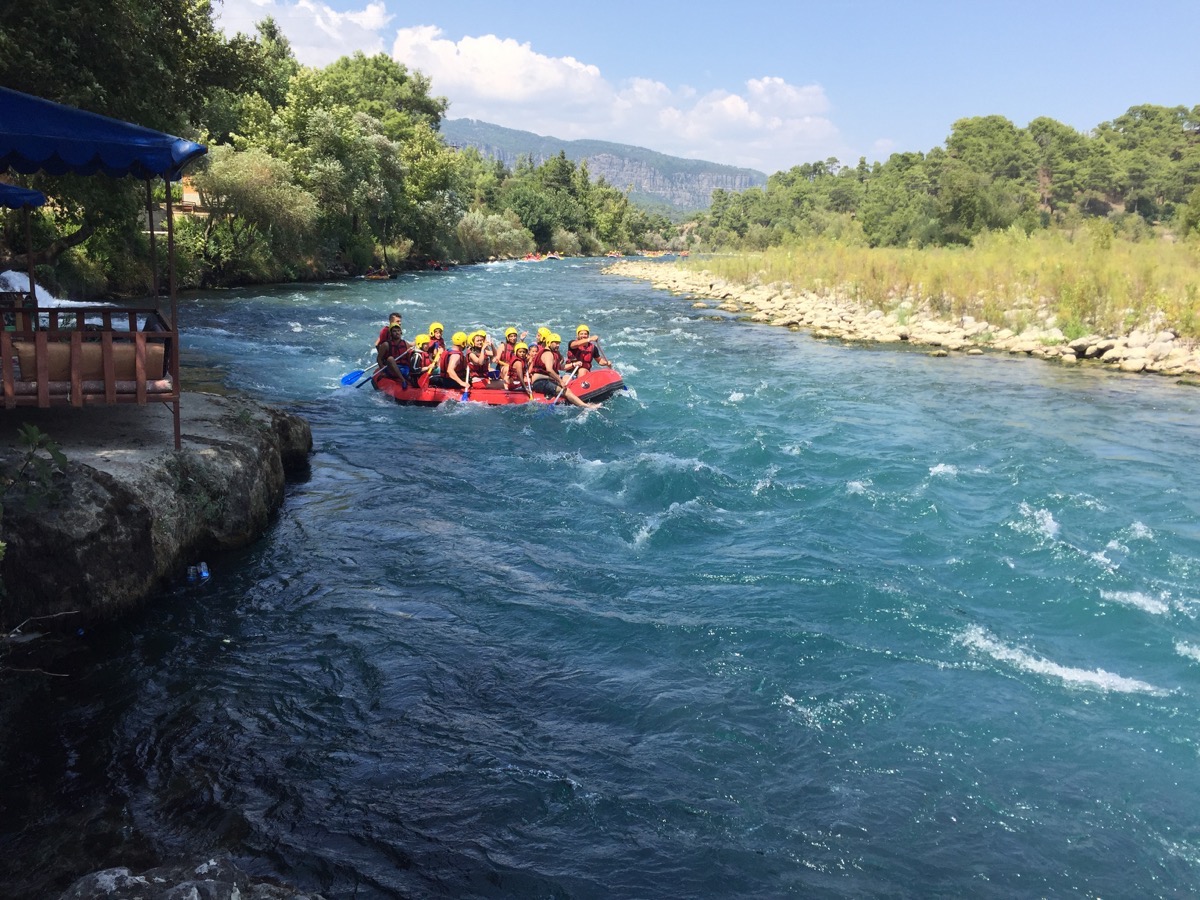 But, I know, the question is, am I getting any writing done?

Well, that will have to go in the next blog.